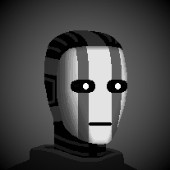 In addition to the current static and linear system of raising difficulty, I'd like to see more varied difficulty options to fit specific tastes that can't be met with the current system. Enemy damage scaling, starting resources, default faction standings, loot, hardcore mode and the point where blocks can break off in combat should all be modifiable stats of their own when creating a galaxy.

For example: I'd like to play on insane difficulty but get starting resources and not have my blocks break off when I still have shield left.

Here is a rough idea for the UI.

Edited July 8, 2020 by TenguKnight
Added scetch for the UI

4 answers to this suggestion