Patch 2.3 is now live on the default branch! 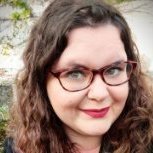